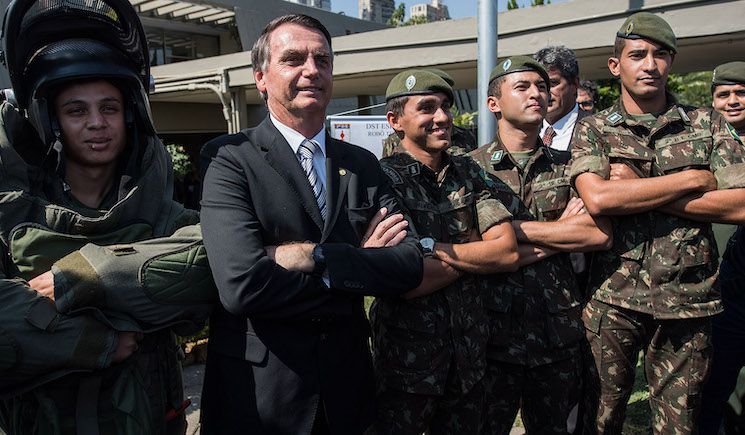 Matthew Tyrmand: The Brazilian Military Stands With Bolsonaro And Is Prepared To Invoke Article 142

Sometimes it seems like nothing ever happens, but this seems like it could be a big deal…

Background: The Brazilian people have flooded the streets in protest at an allegedly rigged and stolen election. Truckers are blocking all highways. Farmers have blocked all ports from exporting agriculture. Bolsonaro has exhausted his legal options, with his election appeal being rejected by a corrupt, opposition-appointed Chief Supreme Court justice.

Bolsonaro is now huddling with the military to plot his next moves.

The Brazilian military have shown their support for the Brazilian people by declaring Bolsonaro the ‘true President of Brazil’ following evidence of a rigged election.

WHAT ARE WE FIGHTING WORLDWIDE?
THE HISTORY – AWAKEN
>>THE FALL OF THE CABAL<<
>>The Birth of the Cabal<<

THE PLAN TO SAVE THE WORLD

Our mission is to inspire and strengthen the spirit, expose the evil Communist agenda that threatens our freedom, and bring hope to Patriots [worldwide] in a time when our nations need us more than ever. NCSWIC

Help Us Keep Spreading The Truth