“Billionaire, globalist corporations will own everything: homes, factories, farms, cars, furniture, and everyday citizens will rent what they need — if their social credit score allows.”

Shane Dowling: My new book “Australia’s Paedophile Protection Racket” is a true crime, political corruption and judicial corruption book. It was released on the 28th of September 2020, and the first few reviews have been posted on Amazon and Booktopia which have been very positive with 5-star and 4-star reviews.

This is a must-read for every Australian. But also an eye-opener for the rest of the world. Did you ever wonder why pedophiles get away with slap-on-wrist sentences? The judiciary is compromised. Gov officials are also compromised at the highest levels. They all look after themselves via “SUPPRESSION ORDERS” that cover up crime and allows criminals to get off scot-free.

Bottom Line Yes, I would recommend to a friend

Please take the attached book, Australia’s Paedophile Protection Racket, as a formal complaint regarding government and judicial corruption. It is pointless to send it to the NSW ICAC as Commissioner Peter Hall is one of the numerous people in the book exposed for being corrupt.

There needs to be an independent public inquiry into the evidence and allegations exposed in the book.

I am the author of the book and I also publish the judicial/government corruption website Kangaroo Court of Australia.

I look forward to your response.

I sent a similar letter to Scott Morrison and will give an update when I get a response.

The reason for publishing the book is to help drive the issues raised in the book but also help fund me so I can work full-time as a journalist on this website. With old media companies contracting and reducing the number of journalists they employ it is important that independent journalists fill the void but at the moment there is no financial model that really works for independent journalists to survive. Publishing books will hopefully be a financial model that works and helps fund the journalist work I do on this website.

Read the full post here on Kangaroo Court of Australia 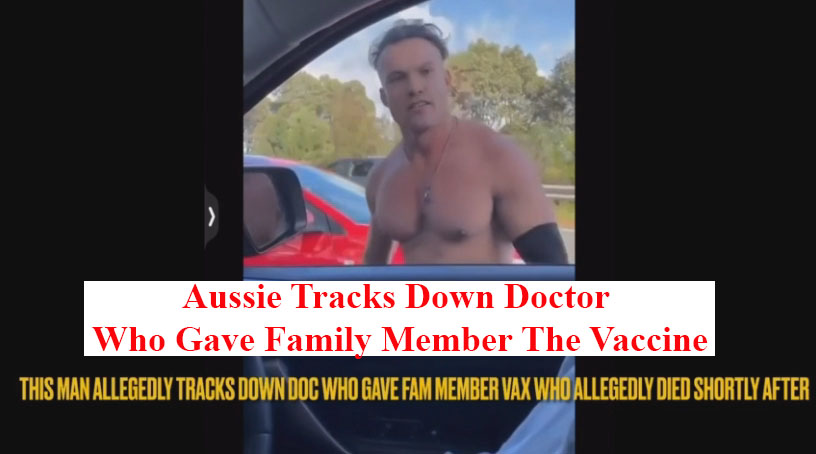 Dr. William Bay apologises for not speaking out sooner, afraid of losing his livelihood

He was afraid of losing his livelihood if he spoke out sooner.

See the mentioned Senator Gerard Rennick in the video above here

Included at the end of this video is Doctor William Bay hijacking the Australian Medical Association meeting on 30th July 2022.

Perpetual state of emergency……. “Till Absolute power is obtained “

We have been warned.. climate lock downs. Social credit scores.

Sadly too many people think it’s a conspiracy theory right up until the moment it happens. the commies can’t wait