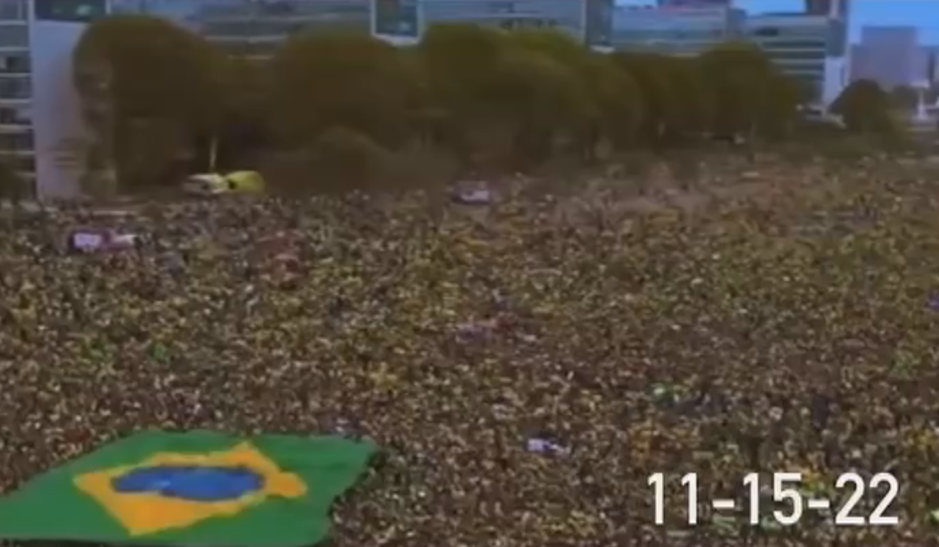 Massive demonstrations in support of Bolsonaro but MSM is silent

(1) There were reports of Not Enough Paper Ballots in Luzerne County, Pennsylvania. City officials in Philadelphia voted Tuesday morning — as polling places opened and the vote count began for the midterm elections — to reinstate a time consuming and labor-intensive process for catching double votes that will slow how quickly they can report results.

(2) Within hours of polls opening in Pennsylvania Tuesday morning, a “last minute change” is already causing vote count delays in notoriously corrupt Philadelphia. Before the change this morning, votes in the city were expected to be fully counted by Wednesday morning. Now, I think we know why Fetterman was predicting an “overnight comeback” in his bid for U.S. Senate. What is needed to wake people up to exactly how rigged our election systems are? Fetterman wins? Really? He was the biggest laughingstock out of all the candidates nationwide and he WINS? Not even remotely believable, even for normies. Big time wake up call.

(3) This morning, Nov. 8th, in Mount Vernon (the 38th District / Adam Kuzma is a resident and candidate for State Rep), Elizabeth Township, ALLEGHENY COUNTY, Pennsylvania, voters were TURNED AWAY at 7:00 am this morning, poll reporters stating that “THE VOTER REGISTRATION REGISTRY DIDN’T SHOW UP TODAY”, and people could either vote by paper provisional ballot or try back again later – possibly after lunch hour.  WHAAAAT???

(4) Same was also taking place in Bethel Park, ALLEGHENY COUNTY, Pennsylvania. Confirmed by a friend who was turned away this morning, and also reported by Hannah Kuzma, wife of Adam Kuzma on Facebook. Local news stations are NOT REPORTING THIS! “

(5) Philadelphia, PA Male appears (to some people) to be actually MARKING Ballots with a pen, on live TV, when he is apparently __supposed__ to be counting them.

Mid Term Election Voter Fraud Reported in 49 States: They are still using Dominion Voting Machines in 49 states – and early voting has shown that those machines were already algorithmically flipping ballots

July 4, 1776 Levin: We are living in a post-constitutional America (Video)